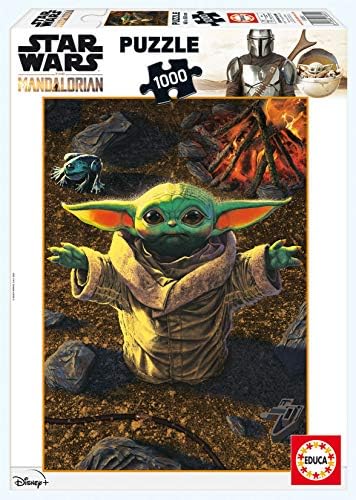 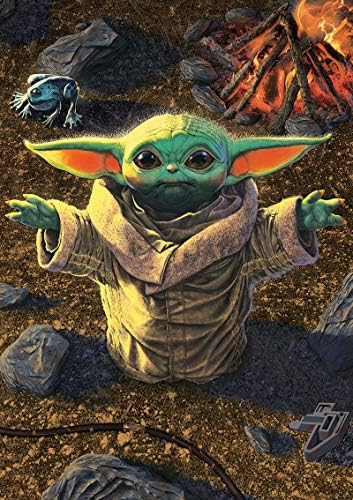 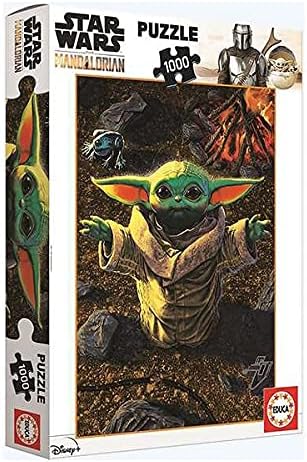 For all Star Wars fans and fans of the award-winning The Mandalorian Disney+ TV series, this 1,000 piece puzzle of the much-loved Grogu (or Baby Yoda as he was originally known!) will be a sought after gift! Beginning five years after the events of Return of the Jedi (1983) and the fall of the Galactic Empire, The Mandalorian follows Din Djarin, a lone Mandalorian bounty hunter in the outer reaches of the galaxy. He is hired by remnant Imperial forces to retrieve the child Grogu, but instead goes on the run to protect the infant. While looking to reunite Grogu with his kind, they are pursued by Moff Gideon, who wants to use Grogu’s connection to the Force. This high-quality Educa Borras jigsaw puzzle features the image of Grogu by a campfire. The puzzle is suitable for age 12 years and over and the approximate size of the assembled puzzle is 680mm x 480mm.

Starring the iconic Grogu – or Baby Yoda as he was originally called!
A high quality Jigsaw Puzzle from the renowned Educa Borras puzzle company
Approximate size of the assembled puzzle is 680mm x 480mm
Suitable for age 12 years and over.

Carbonated Low Calorie Lime Cola Flavoured Soft Drink with SweetenersIntroducing Pepsi MAX Lime. A low-calorie, sugar-free fizzy drink bursting with tongue twisting citrusy flavour.- While Pepsi MAX Lime is low in calories with zero carbs, you can be sure it...

Dark Chocolate SorbettoCiao. We are chefs who grew up in Italy and we're proud to do things properly.Carefully crafted, slow churned gelato and sorbetto. Worthy of the finest restaurants and living rooms in the land.This sorbetto is made with an intense Belgian...